If you know me, you know I can’t go very long without traveling. Covid has made it so hard this year with all the borders closing, but I decided I wouldn’t let that stop me from living my best life! There were limited options, so I decided to head to one of my favorite destinations in Mexico. Puerto Vallarta, Jalisco. VAMOS!

I won’t lie, I was a bit nervous to see how traveling abroad has changed since the pandemic. When I arrived at LAX, it was like a ghost town. Surprisingly, TSA didn’t take longer than 5 minutes, and before I knew it I was on the plane.. I thought, “I could get used to this empty airport thing”.. Before the plane landed in PV, the flight attendants came around to pass out the forms for customs. I was expecting to get a pen with the forms, but they said that they weren’t passing pens out because of covid. I am not kidding when I say that finding a pen to fill out the forms was the most difficult part of my traveling experience… Why do people give such an attitude when you ask to borrow their pen!? Anyway, getting through customs in Mexico was a total breeze. It must have been because I was sporting my Mexico soccer jersey! 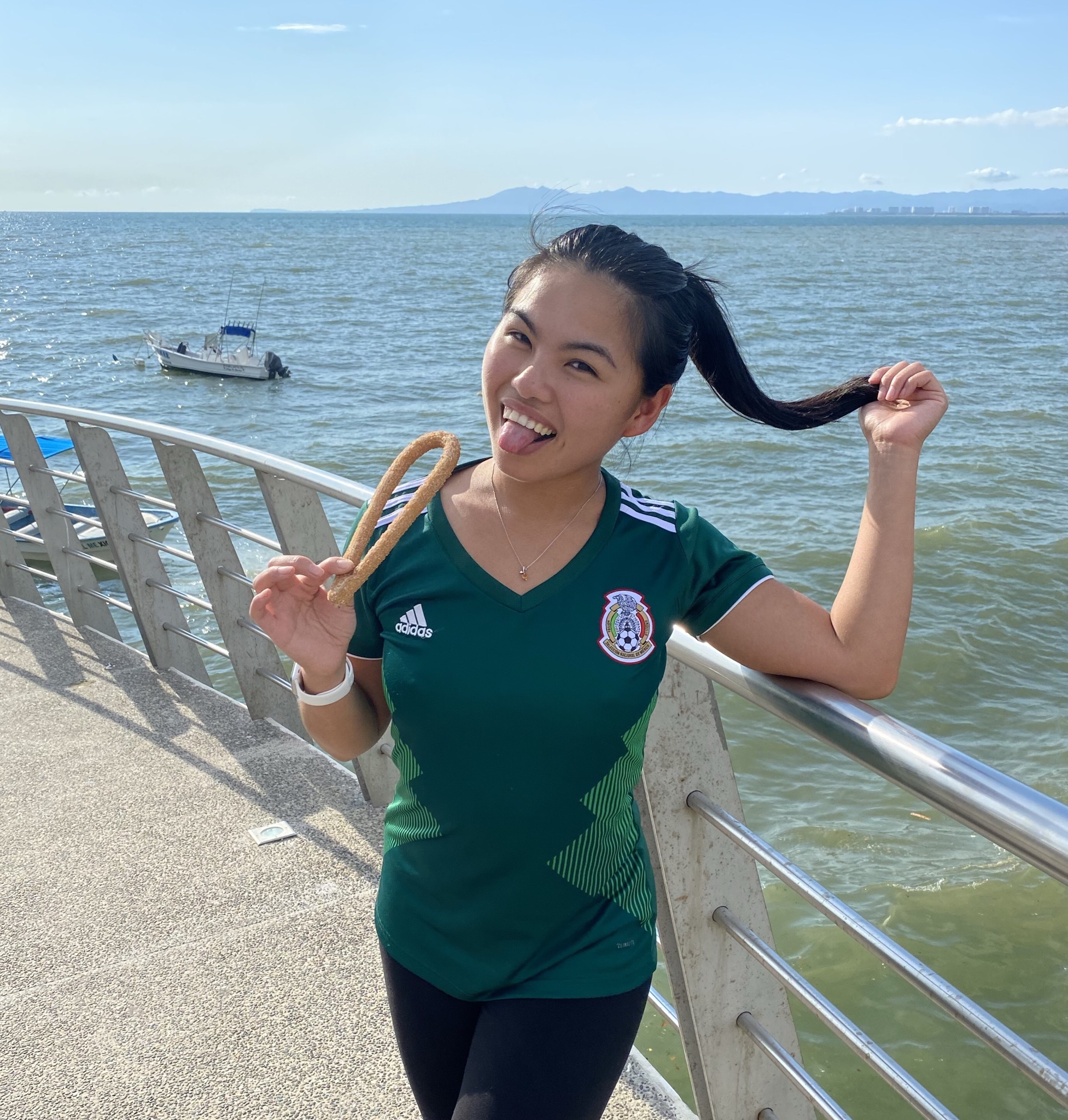 PV is so beautiful, but it is a bumpy ride driving on the old cobblestone streets! On the first night I had tacos for dinner from this little spot around the corner from where I was staying. I try to avoid the tourist spots because the local food is always so much better and cheaper! For dessert I had these amazing hand made churros from a little cafe called La Romantica. They were to die for. It was hard to decide what my favorite meal of the trip was, but it’s definitely between the al pastor tacos from Pancho’s Takos (best tacos I’ve ever had), and the ceviche tostadas and full red snapper fish from Mariscos el Guero. So authentic! After dinner each night I would take a walk through Malecon which is the main strip of PV. It is filled with hagglers trying to sell food and little nic-nacs. I can’t tell you how many times I had to say “estoy llena”… I’m fullllll, haha.

After all the food I ate during the first couple of days I needed to workout , so I hiked through the backstreets of town to the top of Mirador La Cruz del Cerro. My legs were burning because the streets and stairs were SO steep, but it’s worth it. It is the best view in PV, and in my opinion a must see!

On the second to last day, I went to see Isla Marietas. It is an island, home to this amazing hole/hidden beach that was created by bombs in the 1900s. I hopped on a bus with some locals and made my way to the marina. On the way, this kid walked on and started freestyle rapping for like 5 minutes! I had no idea what he was saying, but he was hilarious! At the marina, I took a 2 hour boat ride to the island and then had to hop on a smaller boat to go see the hole. Talk about an adventure! It was high tide, so we couldn’t see the beach, but the little boat I was on drove right under this incredible arch into the middle of the hole. There were hundreds of birds circling above us, which made it feel like the end of the world was coming or something! An unforgettable experience!

I decided to spend the last day relaxing and taking in the views from the infinity pool on the rooftop of my building. PV has some of the most incredible sunsets I have ever seen. The sky turns into this amazing blend of red, pink and orange. The sunset colors combined with the surrounding mountains and deep green jungle is something I will never forget. 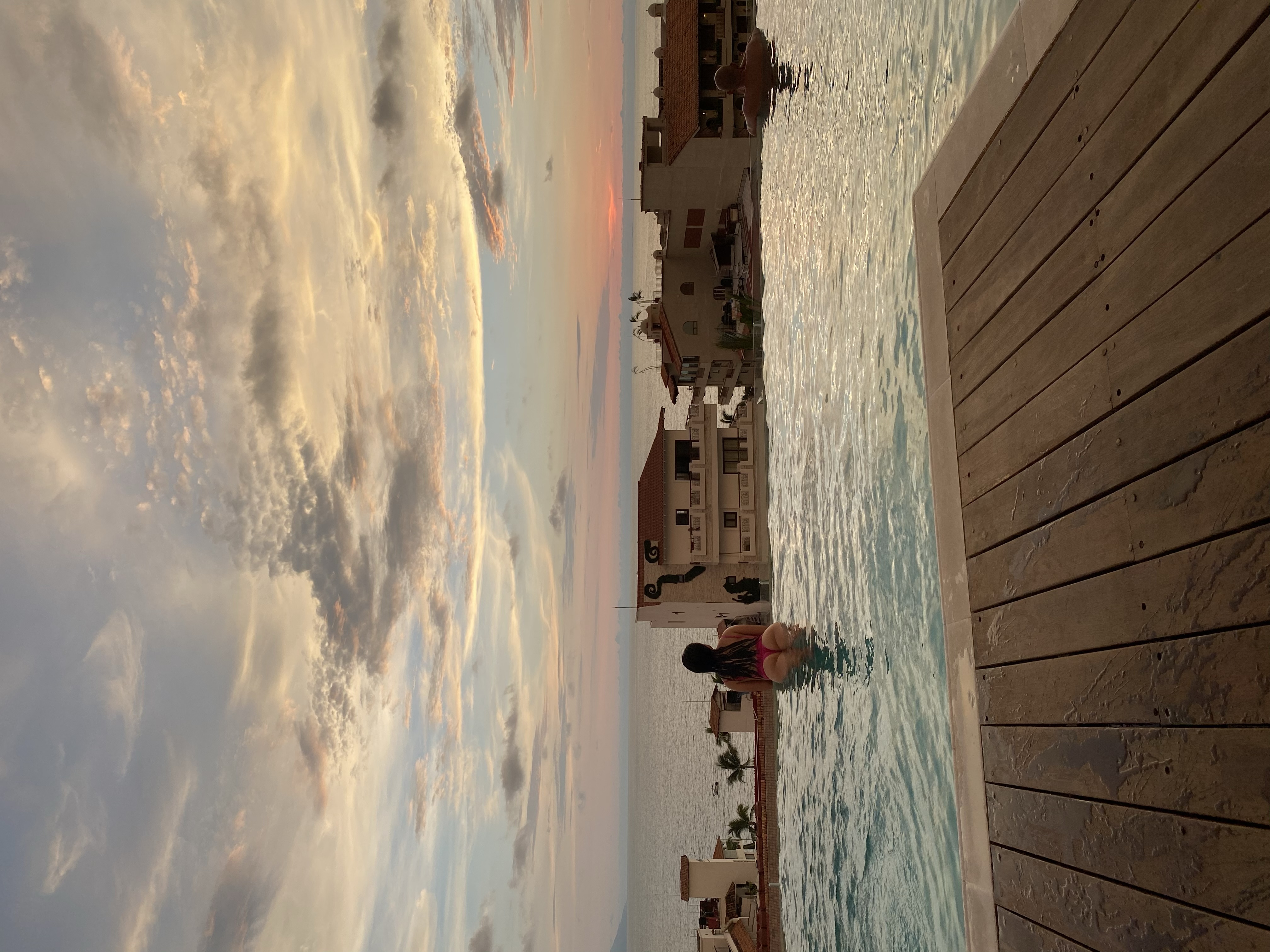 As always, one of the most memorable parts of my trip was the people. The locals are so friendly and their hospitality makes you feel right at home. Even the expats I met were some of the nicest people ever! I guess there is something to be said for a place where life moves a little slower. Until next time PV…